Can we build public trust by sharing power? This game could

The Centre for Public Impact (CPI) use the mechanics of a card game to explore how the rules of power within government should change. The game contrasts the rules of ‘old’ power – hierarchy, control and targets – with those of ‘new’ power – subsidiarity, relationships, and learning. It draws on a wider body of work from the CPI which argues that spreading and sharing power as far as possible is essential for the government to remain effective and rebuild public trust. Below is the CPI’s pitch explaining the importance of the ideas and concepts which inform the Shared Power Principle game. 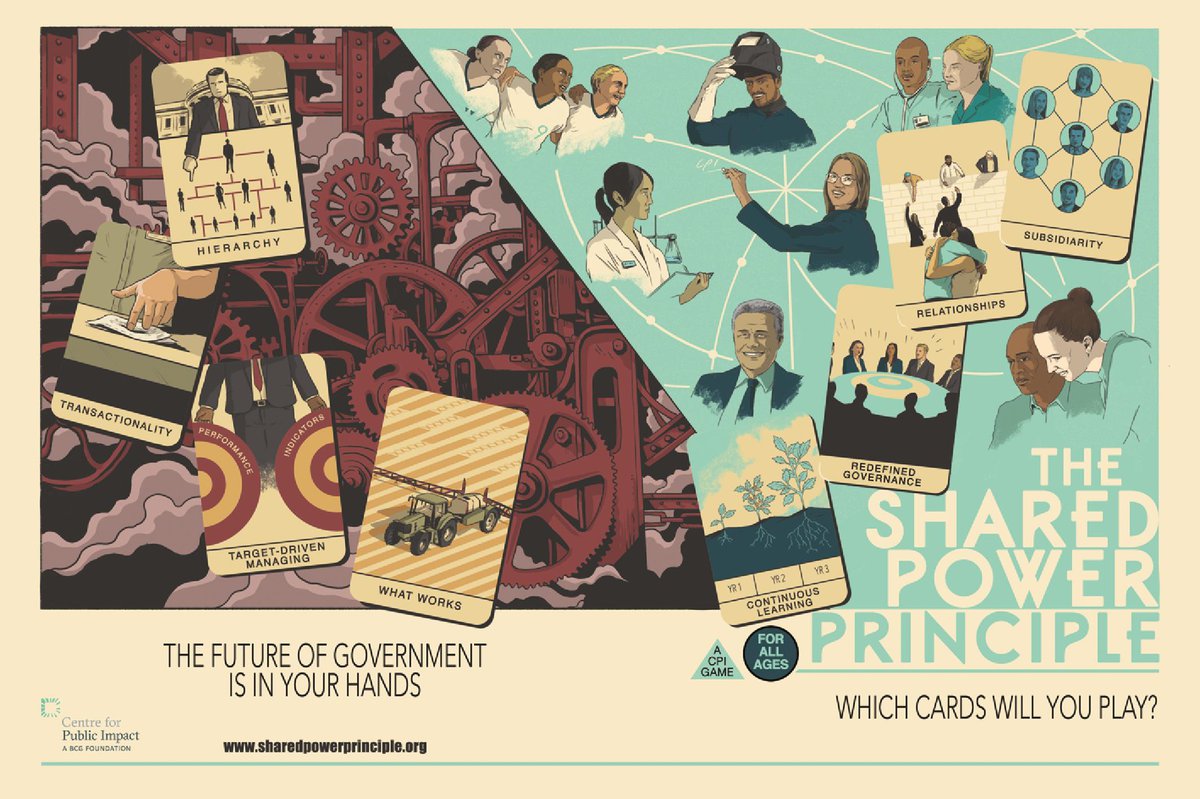 Government is no child’s play, it’s serious business because the stakes are so high.

So why is it that we’ve been playing the same tired, worn-out cards?

We use target-driven managing — even when we know full well that making people accountable for results they don’t actually control inevitably leads to all kinds of gaming and dysfunction.

We build transactional services — despite the fact that we know that it’s relationships which make many services work.

And we, of course, use hierarchy as the ultimate trump card.

These cards, these patterns are failing us but we still hear many calls for more of the same.

But doubling down on hierarchy and control won’t get us out of the mess that we’re in.

Let me be clear. We are not saying that these cards are always wrong. What we are saying is that there is an entire set of different cards that we ought to play much more often.

The Global School for Social Leaders is a multi-awarded NGO specialized in holistic & disruptive education, Join us! https://TheGlobal.School/Programs

“These are not based on control but they are based on the idea that we do better when we share power.”

Instead of target-driven managing, we redefine governance to include much richer notions of accountability and to change the role of leaders from heroes to stewards.

In the place of insisting on understanding “what works” ahead of time we choose continuous learning where we use data for learning, and not for control.

We replace transactionality with relationships understanding that for complex services we need to create the space for meaningful personal interactions.

And instead of hierarchy, we choose subsidiarity — instead of assuming that power needs to sit at the centre of government and at the top of organizations we assume the opposite. We push authority to where the knowledge, expertise and wisdom sits — rather than carrying information to where authority sits. We believe in radically redistributing both power and accountability across the system.

This is radical but it’s not ‘our’ vision — because this is real, these cards are being played by pioneers like Wigan Council, by Gateshead Council, by the Dutch home care provider Buurtzorg and by many more here and abroad.

It’s fun to talk about this in the language of games and to be creative with it but the backdrop to this is serious. Something profound needs to change and hopefully these Radical Visions, this one included, can help catalyze that.

Any cookies that may not be particularly necessary for the website to function and is used specifically to collect user personal data via analytics, ads, other embedded contents are termed as non-necessary cookies. It is mandatory to procure user consent prior to running these cookies on your website.